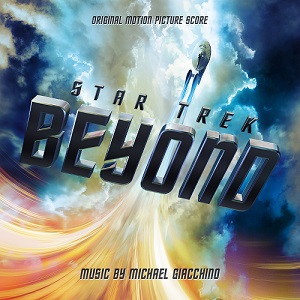 The USS Enterprise crew explores the furthest reaches of uncharted space, where they encounter a new ruthless enemy who puts them and everything the Federation stands for to the test.  -- IMDB

After stopping off at Starbase Yorktown, a remote outpost on the fringes of Federation space, the USS Enterprise, halfway into their five-year mission, is destroyed by a powerful, unstoppable wave of unknown aliens. With the crew stranded on an unknown planet and with no apparent means of rescue, they find themselves against a ruthless enemy with a well-earned hatred of the Federation and what it stands for. Only a rebellious alien warrior can help them reunite and leave the planet to stop this deadly menace from a possible galactic war. Written by ddcarrington on IMDB

I watched this via the TalkTalk streaming service that was once BlinkBox.  I am going to talk about the film and not my experience using the TalkTalk streaming service.  The film was a visual delight right from the outset.  Of course this film was tinged with sadness as it was the last film with Anton Yelchin who died shortly after finishing the film when his car, supposedly, backed into him in June 2016.  Just like every other Star Trek fan I was extremely saddened when I heard of Anton's death and that made me want to see this film even more.  As usual he excelled in his role as Chekov and made it his own.  The film also paid homage to Leonard Nimoy's Spock as Leonard had died in 2015 just before the film was being made and it was nice to see the younger Spock upset at loosing the older Spock and contemplate leaving Starfleet to look after what is left of the Vulcan race.  *Possible Spoiler Alert* At the end of the film younger Spock opens a box left to him by the older Spock and in it is a photograph of the entire original crew of the Enterprise and this was a nice way to end the film.  Despite the sadness that is attached to this film it is brilliant and I wonder whether the role of Chekov will be retired as I heard it might be in the next one.  Personally, I think they could either create a new character that could be related to Chekhov in some way or re-cast the role entirely.  Although, for the latter, I doubt anyone could do the role as much justice as Anton but who knows?